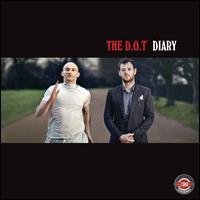 Formed in 2011 from the ashes of two musical ventures that were poles apart, the D.O.T. is the brainchild of Mike Skinner and Rob Harvey. Having released three albums between 2002 and 2008, rockers the Music scrapped plans for a fourth in 2011, leaving Leeds-born vocalist Harvey in search of his next path. Meanwhile, Mike Skinner was bringing his U.K. garage-infused rap project the Streets to a carefully planned halt, releasing what would be their final album, Computers and Blues. Having met at various parties thrown for mutual friends -- often through the manager who they both shared -- the pair found themselves in the same studio, with Skinner inviting Harvey to add vocals to a handful of the Streets' last tracks. So keen on working together, they formed the D.O.T. and recorded and released their debut album on Skinner's label the Beats in 2012. Driven along by Harvey's emotive, powerful vocal style and fueled by Skinner's keen production skills, as well as an ear for a hit melody, And That included "You Never Asked," a single which featured oddball Detroit rapper Danny Brown and singer Clare Maguire. Having toured the U.K. and Japan, the duo wasted no time in recording the follow-up, Diary. Made available in May 2013, this time through Cooking Vinyl, Diary featured the ballad and lead single "Blood, Sweat and Tears" along with "How We All Lie," which highlighted best Skinner's decision to rap less and sing more. ~ Daniel Clancy, Rovi