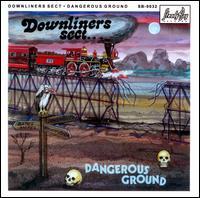 Of all the British R&B bands to follow the Rolling Stones' footsteps, the Downliners Sect were arguably the rawest. The Sect didn't as much interpret the sound of Chess Records as attack it, with a finesse that made the Pretty Things seem positively suave in comparison. Long on crude energy and hoarse vocals, but short on originality and songwriting talent, the Sect never had a British hit, although they had some sizable singles in other European countries. Despite their lack of commercial success or appeal, they managed to record three albums and various EPs and singles between 1963 and 1966, with detours into country-rock and an EP of death rock tunes. Although they recorded afterwards, it is the Sect's early work that continues to attract connoisseurs of '60s garage and punk. ~ Richie Unterberger, Rovi