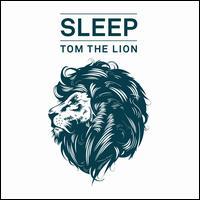 Enigmatic, London-based singer/songwriter/multi-instrumentalist Tom the Lion crafts cinematic, soulful, and quietly majestic D.I.Y. indie pop in the vein of artists like Villagers, Sufjan Stevens, and Beirut with a rich falsetto that has drawn comparisons to Thom Yorke, Chris Martin, and Jeff Buckley. He released his debut album (in actuality a pair of EPs), The Adventures of Tom the Lion, in tailor-made wooden cigar boxes in 2011 via Hoop Records, followed in 2014 by his major-label debut, Sleep, both of which credit TTL as the sole performer. ~ James Christopher Monger, Rovi