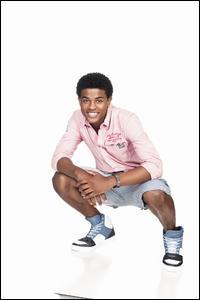 Kicking off his entertainment career with acting roles in the SyFy network’s series Eureka and the Disney Channel movie Let It Shine, Trevor Jackson launched his singing career in 2013 with a string of R&B singles. Born in Indianapolis, Indiana, Jackson played Young Simba in the Chicago production of the Lion King before he moved to Los Angeles to be closer to the movie, television, and music industries. In 2010 he joined the cast of Eureka, then in 2012 his role in Disney’s hip-hop-themed Let It Shine provided the perfect stepping-stone for a career in music. In 2013, he released the singles “Like We Grown” and “Superman,” both of which would land on his New Thang EP later that same year. ~ David Jeffries, Rovi