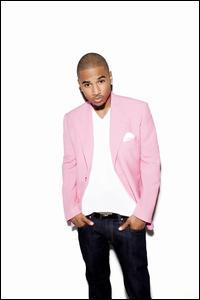 Although Trey Songz loved hip-hop while growing up, the only R&B he could get into was R. Kelly. When his friends heard his perfect tenor voice, however, they pushed him to drop rap and start crooning. Trey did just that, and after winning numerous talent shows in his native Petersburg, Virginia, the 15-year-old singer met Troy Taylor, who had worked behind the scenes with such artists as Patti LaBelle, SWV, and B2K. Taylor encouraged Trey to finish high school first, and then they could talk about a possible music career.

Trey received his diploma and immediately moved to New Jersey to work with Taylor. Soon, the singer was appearing on Kevin Lyttle's debut album and Trick Daddy's Thug Matrimony as a sideman, as well as striking out on his own with "About the Game," a solo cut from the Coach Carter soundtrack. As he was working on his debut album -- not to mention several collaborations with Lil' Kim, Trina, and Snoop Dogg -- Trey Songz released some street-level mixtapes under his alias, the Prince of Virginia. His proper debut, I Gotta Make It, was released by Atlantic Records in 2005, and his sophomore effort, Trey Day, charted at number 11 upon its release in 2007.

In 2009 the single "I Need a Girl" helped to make Ready his first album with an RIAA gold certification. In the summer of 2010 his track "Already Taken" landed on the Step Up 3D soundtrack, while his collaborative single with rapper Nicki Minaj, "Bottoms Up," was released to promote that year's Passion, Pain & Pleasure, issued in September. "Bottoms Up," as well as the album's three following singles, reached the Top Ten of the R&B/Hip-Hop chart. The five-track EP Inevitable was issued in November 2011 as a stopgap prior to the singer's fifth album, Chapter V. An August 2012 release, Chapter V arrived with appearances from T.I., Lil Wayne, Young Jeezy, Rick Ross, Meek Mill, and Diddy. ~ David Jeffries, Rovi