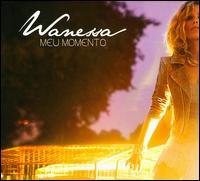 One of Brazil's most recognizable young pop singers, Wanessa Camargo rocketed to fame when her first two hits -- "O Amor Não Deixa" and "Apaixonada por Você," both from her 2000 self-titled debut album, released while she was still a teenager -- topped the Hot 100 Brazil singles chart, immediately establishing her as a national celebrity. Camargo's style of music varies, often touching upon dance, rock, country, and forró, but is always easily accessible, slickly produced, and rooted in pop. She relies heavily on music videos to accentuate her music and accordingly is an MTV favorite.

Like many pop stars, Camargo is not only a singer but also a dancer, actress, and spokesperson. Her concerts tend to be highly choreographed; her 2004 DVD Transparente -- Ao Vivo documents this well, notably featuring an elaborate medley of Madonna hits from the 1980s. As a celebrity, she's regularly featured on Brazilian television, but she's also proven herself an accomplished actress, notably appearing as the character Diana on over two-dozen episodes of the long-running TV series Sítio do Pica-Pau Amarelo in 2004. In the consumer marketplace, her image is used to market numerous products in Brazil, particularly those targeted toward teenage girls. Among her social causes, she's a spokesperson for SOS Mata Atlântica, a non-governmental organization dedicated to preserving the Atlantic Forest. This effort was acknowledged by Nickelodeon, which honored her with its 2007 Pro-Social Award.

Camargo's next two albums, somewhat confusingly, were also self-titled efforts -- generally subtitled with their year of release, Wanessa Camargo [2001] and Wanessa Camargo [2002], for ease of reference -- and, if less sensational than her 2000 debut album, each was considerably successful, going multi-platinum and respectively charting number one and two on the Hot 100 Brazil album chart. A trio of singles were released from each album -- from the former, "Eu Quero Ser o Seu Amor," "Tanta Saudade," and "Gostar de Mim"; from the latter, "Um Dia...Meu Primeiro Amor," "Sem Querer," and "Filme de Amor." While none were chart-toppers, "Tanta Saudade" came close, peaking at number three, and all were Top 20, if not Top Ten, hits. The live CD/DVD Transparente -- Ao Vivo (2004) documented Camargo's elaborately staged 2003/2004 concert tour, spawning a couple more hit singles in the process: "Me Engana Que Eu Gosto" went Top Five while "Metade de Mim" peaked at number 11.

In 2005 Camargo returned with another studio album, W, and it showcased a broader range of styles than in the past, thanks in part to a diverse list of producers including Apollo 9, DJ Zégon, César Lemos, and Jason Deere. W proved tremendously successful, topping the Hot 100 Brazil album chart and spawning numerous hit singles, two of which went Top Five ("Amor, Amor," "Não Resisto a Nós Dois") and another two Top Ten ("Louca," "Culpada"). Additionally, "Não Resisto a Nós Dois" -- the highest-charting of the hits, at number two -- was chosen to be the theme song of the Brazilian telenovela Bang Bang. For Camargo's next album, Total (2007), she again broadened her stylistic range; for instance, the album's first two singles -- "Não Tô Pronta Pra Perdoar" and "Me Pega de Jeito (Me Pega de Jeito Ou Não Pega)," both Top 20 hits, the former notably a cover of "Not Ready to Make Nice" by the Dixie Chicks -- were pop songs inflected with country and forró, respectively. ~ Jason Birchmeier, Rovi