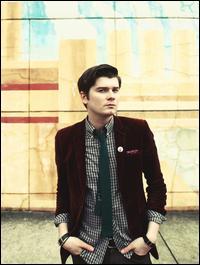 Member of: The Academy Is...

Growing up in suburban Chicago, William Beckett established himself as the frontman of emo-pop purveyors The Academy Is.... Prior to The Academy Is..., Beckett played in the acoustic band Remember Maine, releasing the album The Last Place You Look at age 17. The Academy Is... followed in 2003, formed by Beckett along with guitarist Mike Carden, who issued three albums and four EPs -- as well as played on the Warped Tour in 2006 and Honda Civic Tour in 2007, and toured with Kiss in 2010 -- before their October 2011 breakup. During that era, Beckett also provided guest vocals for Fall Out Boy ("Sophomore Slump or Comeback of the Year," "What a Catch, Donnie"), Cute Is What We Aim For ("There's a Class for This"), Gym Class Heroes ("7 Weeks"), and Cobra Starship ("Snakes on a Plane [Bring It]"), and co-wrote songs for Hey Monday ("Homecoming") and Demi Lovato ("For the Love of a Daughter"). By 2012, reportedly after being dropped from Atlantic, Beckett re-emerged as a solo artist under YIKE Records. He debuted the single "Compromising Me" that March ahead of Walk the Talk, the first of three EPs planned for release that year. Beckett embarked on a solo headlining tour in May, with the single "Great Night" and second EP Winds Will Change following over the next two months. Beckett's third EP of 2012 is slated for release in October. ~ Chrysta Cherrie, Rovi